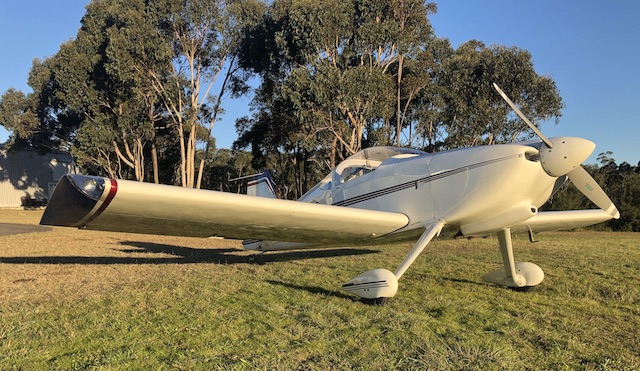 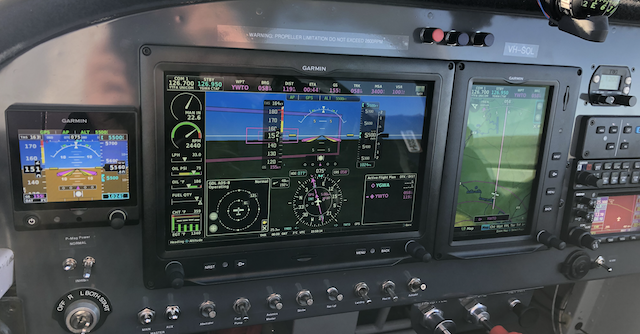 The aircraft is equipped with a Garmin GNS430W aviation-grade GPS navigation system accurate to about 1.5m, a pair of Garmin G3X Touch glass-cockpit displays, a backup Garmin G5 digital flight instrument with its own independent backup power systems, two VHF radios for comms with ATC and other airplanes, and a Garmin GMC 305 autopilot. The main instruments are networked together, so the GPS system can instruct the autopilot to fly the aircraft around a predetermined flight path and display its status on the digital displays. It has enough equipment and backup systems to legally fly at night or in "instrument conditions" in cloud or fog.

Emergency equipment is in an enclosure on the back of the passenger seat. There's a first aid kit, a satellite rescue beacon, and a rescue strobe light for visibility. I usually fly with a satellite "SPOT tracker" on my arm too. If we run into trouble, there will be lots of ways to make helicopters come to collect us.

We don't usually fly over water, but if we do our safety equipment will include life jackets. We'll put them on before we board, and wear them for the whole flight. It is vitally important that they not be inflated while you are inside the aircraft.